Home > Poslovno svetovanje > Management > Stakeholder capitalism – who does what?

Stakeholder capitalism – who does what? 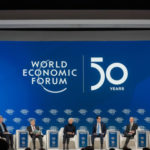 I came across stakeholder capitalism definition about twenty years ago, when I was working on my master thesis: Third Way of Social democracy. Being a student of sociology, it was hard for me to understand, why I need to take into consideration different capitalist models in UK and Germany, one economy being influenced by shareholder approach and another one with stakeholder. But getting deeper into both models, it helped me better understand, why, although revitalization of new social democratic parties in Western Europe at that time, tried to create cohesive policy across all those countries, in reality presentation and manifestation of new approach depend a lot on country specific, one of them being model of capitalism, that was influencing country economy.

Stakeholder capitalism as a message

Few days ago, Davos summit finished. A lot of important and powerful people meet to talk about better ways for our world to go forward. And one of the words that I heard a lot, listening to all those interviews, conferences, debates was stakeholder capitalism. And what actually surprised me was, that they were coming from CEO’s of some of the world most profitable companies, mainly based in USA, mother of shareholder capitalism. So, is this a new buzz word now? Is this new branding strategy, let’s upgrade corporate responsibility with move to stakeholder approach? That was my first impression.

Reading about IBM history, you could learn about problems IBM faced, when under Palmisano and later Rometty, they pushed for financial goals only, their main driver being optimization of earning per share, pouring money into dividends and share buyback, to maximize shareholder value. So was that a learning point for other companies, that even though main goal of company is to make money for owners, we should package it differently. And what better way to package it, then put it in a wording, that buy taking care of all stakeholders, we can be better at reaching our main goal.

Mark Benioff, founder and Co-CEO of Salesforce claims, that business is the best platform for changing the world. But I can’t help my-self but wondering, if it is the one driving the changes. Being inside the system I must agree with Warren Buffet, that it is the role of politics and government to create proper infrastructure and rule inside which companies will try to reach their goals. That it is not the role of CEO to create practices to solve social, environment, ethical issues, their role is to play by designated rules and inside designated field, that government will set in order to reach global goals of reaching social equality (or at least equality of opportunities), building environment friendly system, creating proper protection of human rights and finding solution for other fundamental human challenges.

For me proper set up of responsibilities for development of human society is:

If this doesn’t work, then one part of the system is broken, but that doesn’t mean that other part of system should take role of broken part, we should aim for fixing the part that is broken.

Living in Slovenia, country where political debate is more about who is who, then what can be done to improve infrastructure of value creation and enable better connection between individual and economic system, this problem of understanding responsibilities of different part of system is probably even bigger than in other countries. In a country where left is not on left side, right is not on right side and the middle is not in the middle, nobody is responsible for anything and everyone has authority to do everything. For me politics should be simple in theory. If situation was bad, left political option should be winning and they should be able to implement corrective measures to stabilize situation. If situation is stable, conservative right should be winning in order to fight for keeping this status. I know that this is oversimplification, but at least, it should be a starting point on what parties are standing for. But our understanding of stakeholder capitalism is not that we should bring value for all stakeholders, our understanding of stakeholder capitalism is how can I maximize value for my-self. So, in theory everybody is for change and introduction of development initiatives until the point something can be taken away from me, sometimes that means also that nothing will be given to me.

I hope at one point there will be enough political will and consensus, that we are going to take some tough decisions, that will move us forward, even if it means that we will make mistakes on our way. I would hate to tell my daughter, that I am sorry to give her legacy of “country of missed opportunities”.

Buffet, politics, role of corporation, stakeholder capitalism
You may also like 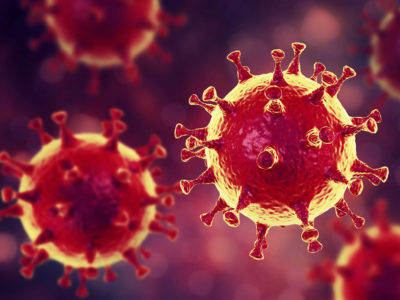