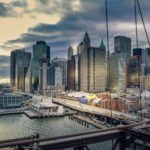 Audit comes from Latin – to hear and auditing companies should be the one that hear and objectively capture business status of their clients.

Auditing companies should offer business world some credibility, so that companies would trust data’s about their business partners and they could have confidence into results, that were audited by objective outside companies that checked business of those partners under specified accounting standards.

But through development of accounting practices, we are now facing situation, where “keepers” are so involved into all spheres of business and connected not only with companies they audit (through consulting) but also with governments that are setting framework for their work (through lobbying, consulting and support in preparing laws), that “keepers” are becoming “threat” to objective business world.

When in beginning of third millennium, we have lost Arthur Andersen’s as one of the five big companies that monopolised this area, we entered into era of The Big Four – PWC, E&Y, Delloite, KPMG…all products of mergers and consolidation, they not only control business of audits, but they also move into consulting business and they grew into multinational companies with joint workforce over one million. Talking about competitive environment.

But not only that big four monopolised accounting business, they moved not only to business consulting, but to sometimes even into legal, tax, financial, restructuring consulting and in later phases even to management and HR support.

But doing all that in a way that they could keep their liabilities as low as possible. An doing so by not only using sophisticated, non-binding language, general answers to specific questions, limited liabilities contracts, but also setting a scene where governments realised that if companies out of big four will collapse, there would not be enough resources to control business and as effect whole business structure could collapse. By doing so they effectively put them self into same range as “too big to fall” financial institutions. Talking about controlling controllers.

But move into other areas of business wasn’t without obstacles for audit companies. First moves started around 1960. And from then on revenue from advisory business just grew for Big Four. Until 1990 when mixing of two business just become too big and there was a big pressure on specialisation and in the beginning of new millennium some of the companies even went out of their advisory business, just to return immediately when all non-compete clauses run out.

By developing a lot of toolkits for advising all industries and situation and using generic approach Big Four companies reduced the risk in this business and improve their performance. By doing so they become successful in advisory business but with questionable values of their generic outputs.

Second big area where auditing companies expanded was tax advisory. As in other areas this one was also questionable from their reputation perspective, since Big Four was involved with government into preparing laws and clients in helping them how to avoid them. And after they earn a tons of money on setting up big tax avoidance schemes, for sure they could not declare them not appropriate in audit reports of their clients. KPMG was one of the Big Four that was very close to Andersen’s fate since their walk on edge with tax consulting lead to serious legal charges against them. They made a settlement but mainly because government didn’t want to destroy Big Four balance.

But it was their main revenue stream – auditing that actually become biggest business hazard for them, since the gap between expectation what auditors actually check and look for and what they actually do (since in business world costs should be under control and if you want to be cost effective you need to keep your efforts controlled). All this lead to a lot of law suits and decrease brand reputation of Big Four, but do to their monopoly they are still on top of auditing business. The main expectations where the gap appears are opinion about business health and threat of bankruptcy of clients and fraud detection at clients. Those areas are the ones where outside stakeholders expect auditors to give their contribution and estimations and where auditors don’t see them self as being responsible for.

But Big Four also have their challenges, one is their position in the biggest potential market – China, where they do have strong presence, but since state want to control economy also in this area, they are faced with strong pressures in a form of legal procedures against them and government backed development of strong local accounting firms.

But maybe the biggest challenge that Big Four needs to address is their business model (ownership structure – partnership ownership, franchise network) and changes that technology and future is bringing. Their set up is conservative and rigid and they are not able to response quickly to disruption of old business model.

One of the main disruptive factor not only for accounting but also for some other industries that are based on mediation and some sort of trust in authority principle is new blockchain technology, since it propose new approach that radically changes need for trust. And this is probably the major outside factor that Big Four will need to address. The sistem was stabile since Luca Paciolli in 1494 (Summa de Arithmetica) establish double-booking accounting that brought trust into transaction and mediators, since it was not only way of keeping books but some sort of moral obligation, since every value needs to have counter issued subject. Every debt needs to be balanced with credit. But with blockchain technology that bring de-centralized ledger and potential for self-sustainable register of things we are on a way, where mediators and “owners” of trust could be eliminated on a long run.

And it would be a challenge for them to represent their value in this new reality.