Home > Poslovno svetovanje > Can use of AI bring more stability in economy?

Can use of AI bring more stability in economy? 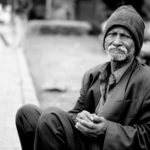 Crisis are consequence of excessive optimism, that is usually based on high amount of available funds under good conditions. This leads into investments and projects that would be unprofitable under different, more strict, realistic conditions.

But in order to grow, we need this availability of resources. If growth is main corner stone of development for liberal democracy and capitalism, then it is obvious that this system will fight to maintain financial system, that will enable growth even with artificial money supply.

You have two approaches, one that claims that market can regulate and maintain it-self based on supply and demand and as such will be subject to crisis and growth phases, but it will have ability to kick-start every time after crisis and second that claims, that in order to keep crisis impact to its minimum, market needs to be regulated (usually by governments) and the best approach is to supply market with new money in order to keep purchasing and investment high even in crisis time – usually done through central banks increasing money supply or direct state investments.

Economy as a science was looking hard to find its spot in science community. By trying to add content on top of mathematical approach, adding that economy is more than numbers and that human behavior is not always rational, but that it can be determined and classified based on some common grounds, economy tries to justify its existence. This approach has its roots in humanist perception of universe, where humans are center of it.

What if this is to change with new paradigm, where humanism is replaced by dataism and where actual developments are explained with non-conscious highly intelligent algorithms. Will this approach help in development of capitalism (or any other social institutions that could replace it), so that by taking out un-rational decision making process and replace it with data-based-algorithm-driven decision making process, we would eliminate or at least highly constrain irregularities in the markets and by doing so we would tie money supply and development more closely to realistic growth numbers, ones connected to actual growth rates of Economy.

In today’s World everybody is expecting new crisis that should come, because difference between money in the system and real value is too big. Maybe we could start using non-human based decisions and processes in order to establish ideal market situation where all (or at least significant majority) investments will be productive and will be based on innovation and process or resource optimization.

So maybe we should move from questions if there is too much or too little money in the system to what are projects that will bring maximum improvement in development of society and as such are worth putting this money in.

Well actually we should start asking this question long time ago, since all former crisis showed that biggest problem with investment policies were not the size of investment, but more the quality of it. Size was just breaking point at which illusions were no longer viable. To be fair we didn’t have significant society changing innovation for a long time. But we do have tones of new financial products and “value creation” creativity that is hard to match.

To put it in a simple way, if you invest into activities that will bring added value, that will enable you to service debt you acquire in order to secure financial means for investment into future capabilities, than you have potential to repay it…even if you made error in liquidity timing, but if you invest into assets that derive their value out of speculations and are not source of any new value, then you investment is gone, when conditions that enables its overestimated value are gone.

If we could authorize non-conscious intelligent mechanism to make investment and money spending decision based on agreed parameters of society development, will that revolutionize financial system, even more then introducing blockchain into payment systems and by doing so, can we make economy more stable environment, so that we will not justify crisis by saying that they are regular part of development.