Anthony Giddens: Runaway World; How Globalization is reshaping our lives

Globalization is widely seen in the developing world as merely the latest stage in the exploitation of the third world by the West. Three themes repeatedly surface in anti-globalization movements: anti-Americanism, the role of the big corporation and world inequality.

Geopolitically, the world is becoming more polycentric. Western, and more specifically American, cultural influence is visible everywhere. But this is only on first look. Globalization is actually producing bigger cultural diversity. The power of big corporation can easily be exaggerated. Nations have control of territory, corporations do not; nations establish frameworks of law, corporations do not; nations control military power, corporations do not. With inequality we need to check if they really increase and is that result of globalization. It was true that inequality grew a lot between 1860 and 1960, but since then not so much. In some nations with high growth rates inequalities did increase, but that is because before those nations had “equality in poverty”.

We need to advance globalization further rather than retard it, but globalization has to be managed more effectively and equitably than has happened so far.

In 1014 Archbishop Wulfstan talked about “the world in rush and getting close to its end”. We can relate to that today. We can talk about runaway world. Science and technology that should make our world more controllable and better to live in, were also reason for additional risk and threats like global climate change and other existential risks. The battleground of the twenty-first century will pit fundamentalism against cosmopolitan tolerance. We hope cosmopolitan will win. We shall never be able to become the masters of our own history, but we can and must find a way of bringing our runaway world to heel.

We live in a world of transformations. Globalization has something to do with the thesis that we now all live in one world. You have sceptics, that oppose this view and radicals that argue that not only globalization is very real, but that its consequences can be felt everywhere. Kenichi Ohmae is saying that nations have become mere fictions. Sceptics are usually members of left political parties.

Level of world trade with huge financial system and capital flow shows that radicals are closer to truth. But both groups see globalization mainly as economic phenomenon. But this is a mistake. Globalization is political, technological and cultural as well as economic. It has been influenced above all by development in systems of communication. Electronic communication not only improve speed of it, but have higher influence on lifestyles of rich and poor.

Globalization is a complex set of processes, not a single one. It influences not only things out there, but also individuals and intimate and personal aspects of their lives. It influences also nations that have become as Daniel Bell is saying, too small to solve the big problems and too big to solve small ones. Those leading to revival of local cultural identities.

One of the concerns in global development is that globalization creates winners and losers. Inequality together with ecological risks is one the most important challenges in globalization. But globalization is not Westernization. Reverse colonization is bringing influences of others to West.

We continue to talk of the nation, the family, work, tradition, nature, as if they were all the same as in the past. They are not. They are what author calls “shell institutions”. They are institutions that have become inadequate to the tasks they are called upon to perform.

As a consequence of global industrial development, we may have altered the world’s climate. The idea of risk appears to have taken hold in the sixteenth and seventeenth centuries. The world risk seems to have come into English through Spanish or Portuguese. The notion of risk is inseparable from the ideas of probability and uncertainty. Risk refers to hazards that are actively assessed in relation to future possibilities. It comes into wide usage only in society that is future oriented. A positive embrace of risk is very source of that energy which creates wealth in a modern economy. Risk is the mobilizing dynamic of a society bent on change, that wants to determine its own future rather than leaving it to religion, tradition, or the vagaries of nature. Modern capitalism embeds itself into the future by calculating future profit and loss. The welfare state is essentially a risk management system. Insurance is the baseline against which people are prepared to take risks. It is the basis security where fate has been ousted by an active engagement with the future. Insurance is conceivable only where we believe in a humanly engineered future.

Risk was always connected with future; it was about normalizing and controlling it. Two types of risk: external and manufactured. Manufactured is about situations which we have very little historical experience of confronting. At certain point we started to think not about what nature can do to us, but what we have done to it. This is transition from external to manufactured risk. Manufactured risk penetrates not only in nature, but also family and marriage.

Scientific knowledge was supposed to overcome tradition, but actually in a way became one in its own right. We should be careful about accepting all scientific discoveries. Sometimes the best way to deal with manufactured risk is to limit responsibility by adopting the so-called precautionary principle.

Our age is not more dangerous – not more risky – than those of earlier generations, but the balance of risks and dangers has shifted. Risk management become more public. Risk-taking should be more active and it is core element of dynamic economy and an innovative society.

Even if we think that things like Scottish kilts and other traditional artifacts are here forever, that is not true. Tradition and custom got bad reputation in eighteenth-century Enlightenment. The idea of tradition is itself a creation of modernity. Hobsbawm and Ranger are talking about invented traditions and customs. Author is saying that all traditions are invented traditions. Traditions always incorporate power, whether they are constructed in a deliberate way or not. There is no such thing as completely pure tradition. Endurance over time is not the key defining feature of tradition. The distinguish characteristic of tradition are ritual and repetition. Tradition defines a kind of truth.

Author believes that traditions are needed in society. Tradition can perfectly well be defended in a non-traditional way and that should be its future. Ritual, ceremonial and repetition have an important social role, something understood and acted upon by most organizations, including governments.

On the other side of tradition and nature is society that is focusing on decision making. The dark side of decision making is the rise of addictions and compulsions. Addiction comes into play when choice, which should be driven by autonomy, is subverted by anxiety.

There is a global revolution going on in how we think of ourselves and how we form ties and connections with others. The family is a site for the struggles between tradition and modernity, but also a metaphor for them. The traditional family was above all an economic unit. In history sexuality was mainly about reproduction. But this separation from reproduction is now more or less completed. Sexuality is now for the first time something to be discovered, molded and altered.

The family had ceased to be an economic entity and the idea of romantic love as a basis for marriage had replaced marriage as an economic contract. Marriage and family have become shell institutions, they are still called the same, but inside their basic character has changed. Now couple is in the center of family, not whole extended family. Relationship is important. Children in the traditional family were an economic benefit. Today they are financial burden to parents, so their role changed too. Pure relationships are about active trust and emotional communication. Talk or dialogue is the basis of making the relationship work. Relationships are about equality. Democracy of the emotions is needed in modern relationships.

Democracy is perhaps the most powerful energizing idea of the twentieth century. Democracy is a system involving effective competition between political parties for positions of power. There can be different forms and levels of democracy.

The paradox of democracy is that it is spreading around the world, but more and more people are disillusion with democratic processes. Political power from above can no longer rest of traditional authority of respect. In a world based upon active communication, hard power loses its edge.

Democracy should become international and transnational. People, especially young, are concern with existential questions and they don’t believe in politics to have power to solve them nationally. Government, the economy and civil society need to be in balance.

Under the impact of globalization sovereignty has become fuzzy. Ecological risks, fluctuations in the global economy, or global technological change, do not respect the borders of nations. Our runaway world doesn’t need less, but more government and this only democratic institutions can provide. 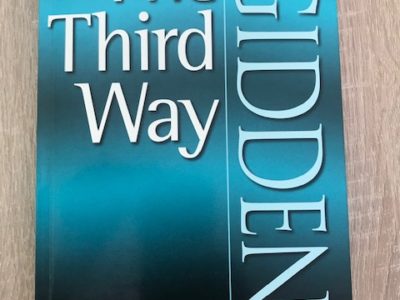 Anthony Giddens: The Third Way, The Renewal of Social Democracy
About Post Author