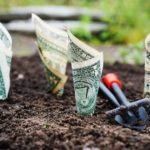 I was recently watching documentary on TV about one manager in Slovenia who was leading “manager buy-out” at one of biggest Slovenian company ten years ago. And since the whole model was based on debt financing and not buy-out based on own capital, it leads to unsuccessful attempt. Trying to solve whole situation they did another mistake regulating cash flow from company not with dividends but with illegal transaction.

Watching this documentary questions that are bothering me for a long time came back to me? How it is possible that we have 1/3 of accounting value in comparison to world wealth? Who maintain this unbalanced picture? Why? And is this the main reason for growth-crisis cycle? Is all economy just Ponzi scheme, just getting more and more sophisticated each cycle? By removing gold standard we enable this virtual environment, where economy it self can regulate financial flows through banking system all in light of increasing growth. Growth is “holy grail” of liberals and modernity. But if cumulative growth of real economy is 1-2% how can all financial sector – based on funds, investment bankers, owner,…all talk about double digit years growth targets for their expected return on money. Something doesn’t add up.

It is like that joke when son comes from school and father ask him, why he is in such a bad mood. And son says: ” Dad I got one in mathematics.” And his father ask him what was the reason. “Teacher asked me what is two plus two and I reply eight”, says son. Father laughs and he replies: “Oh my son. Two plus two is four, maybe five, sometimes six, eventually seven, but never eight”.

So I guess economy can survive relative difference between four and seven, but todays model is pushing it to eight and beyond. And this is only possible with debt financing. Banks role in society is probably one of the most important concepts in todays society. And it is not only their role as regulator of payment transaction, we are talking about their ability to create money. Well they actually create debt, but since money is not tied to firm base any more, we can say that creating debt is actually creating value in this world and if we see money not only as transaction mechanism but more of value defining element, then banks are the one controlling this part of economy. So banks have ability not only to lend money that they have from their depositors, but they actually can create new debt and offer it as credit to borrowers. And in order for economy to growth in value, we need to create new value – debt, and put it in a service of real economy in order to use it for activities that will lead to creations of new value – production, new working places, new technology improvements.

But are they really doing that. Since we talk about growth as main defining factor of success in modern society, how can real-economy compete with their growth rates (even fast-growing countries never achieved more than 10%), towards financial sector. There is no financial investors who would accept less then 10% yearly return, usually going for 20-25% yearly return. I understand that we need to include interest to interest principles in order to make comparison more just, but still…how can they compete.

So if this is situation how should banks act. If they are only commercial entities, answer would be very simple, they should go for crediting financial transactions. And if you are looking at their activities, especially in times before crisis, they actually do that. And they are getting really good at finding ways to do that and taking more and more unregulated risks. If we are looking at situation that I talked in beginning of this article when transaction of management buy-out was done in majority with banks financial sources, we could hear from people involved, that banks didn’t have any problem with lack of own capital of managers, that they accept shares that were to be bough as collateral and that they finance everything with short-terms credit. If we leave aside assumption that this short-terms credit are going to be prolonged every year (and that was regular practice before last crisis in Slovenia (offering bellow 1% interest by using short term approach and promising re-approvement every year – for long term project, from company buying to real-estate building), since banking system was so competitive with around 30 banks competing for 2 million people market – probably also one of the main reason for Slovenia being hit so hard from 2009-2014, because majority of  companies having to deal with reprogramming their debts instead on focusing on building value differentiators that could take them out of crisis), we could say that bank either believed that managers are buying company for a price of one year profit, with which they will return the money, or they went into every transaction with clear knowledge that it is not realistic.

I will not go into details what was the motive of all the players and what kind of share of quilt should all the sectors – financial, government, business be assigned for development of this situation before 2009. Because we will not turn back time. Reality is that we lost control of financial sector, we lost momentum in development of strong local companies and government was forced to spend money on stabilising system instead of development of infrastructure or reformation of health and social systems.

But the question today is: “Did something changed?” Are we any closer to balanced approach for growth on all levels of economy, let alone society. If we are to believe central financial institutions, that should work hand in hand with governments, we have more stabile financial system and as such we are more resilient to crisis. We have more regulated industry with clear limitations about financing speculative transaction. But is this really so?

If we are looking at our case from beginning, we could see that Slovenia introduce legislation that is forbidding financing transaction of buying shares, that is collateralised with same shares.  But if you are looking at typical M&A transaction, every investor will, in order to maximise return on his own invested capital, structure transaction with leverage. And in order to do that in many cases they will use leverage capability of working entity, to take credit in order to repay debt of owner vehicle (through dividend or other payments). Is there really a difference toward situation from beginning, which was labeled as malign.

Ann Pettifor in her book The production of money is advocating for movement into directions where financial system will act as supporter of trade and labour. And that it should act as servant not master of economy development and society.

Probably utopian approach, because as we talk about banks and their role in society, they are more and more moving from supporters of business to commercial entities. And as such they will chase highest returns and those could be find only in either financial transactions or chasing potential in development of new industries or with disturbers in old ones. And this approach is bringing risk with it. When you see big ones moving into startup and crypto-currency world you know that this idea of sound investments in stabile and control growth is utopian. At least if crashes and crisis will leave ground for next cycle of economy and society development then development will continue even if with hick-ups. Let’s not forget that even if internet bubble erase enormous amount of wealth (it is hard to say assets), it leaves us infrastructure – cables, internet, application, that served as base for development of Consumption Economics.

And in Slovenia where government stabilise banking system with strong capitalisation of main three banks, and majority of companies have restructured their balance sheets, loosing to much of them in process from my perspective, we are now in situation where banks are sitting on money and crediting to companies is not on a level it should be. You could ask your self, what is the reason for this? Is it because of past experience now we introduce so much risk-awareness, that this is limiting potential so much. Is it because we have lost to much of business power by loosing some of the biggest companies and reducing others to working not developing mode, because of restructuring process. Or we don’t have own development capabilities and we are only sub-contractors of foreign industries and ground for service of big corporation in that case financial support is provided under better conditions from outside.

If we are setting up system: where focus of development will lay in start-up like companies, that could only be supported financially from venture capital and government subsidies, since bank rules of engagement are not adjust to this kind of business model yet; where we would serve as service area for foreign companies, that will be financed with cheap capital from outside, then we really don’t need local banks.

Leveraging is important tool for development and growth. If it is used properly it can be differentiator from competition and strong input for development of companies. But in order for Slovenian companies to use it to become more competitive in global sense, since this is where it matters, they would need proper lending partners and better financial planning knowledge. This in cooperation with forward oriented owners and strong management structure could be good starting base for development.

So maybe instead of talking about who will own our banks and how much it will they pay for them, we should step forward and look for a way how to build strong companies. And this can not be done by focusing on tax incomes to state, by fighting to control sectors like energy and tourism and also not by controlling cash distribution in agriculture and forest management. This are signs of our smallness and ability of small network of people controlling whole state. It can only be done by building strong support infrastructure and knowledge society , that will enable development environment that could then support balanced systems for health, social and education services our citizens need and deserve.

But to start with quick steps, we should focus on setting proper lending environment that will support development projects, even if they are falling outside risk parameters makes. By setting propers partnership between lender and borrower, having clear understanding about risks and goals, we increase chances of building strong local corporate environment that will be build on solid ground.

banking system, corporate, development, leverage
You may also like 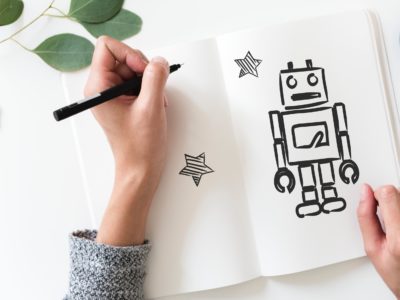 Changes of work models in AI world
About Post Author