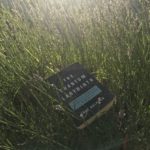 Issue of quantum measurement is tricky. Observer in quantum mechanics can have all the relevant data about particle, like in classical mechanics, but instead must consider an entity called “wave function”, which contains all data about particle’s quantum state. Wave function consist both continuous evolution via Schrodinger wave equation and discrete “collapse” when observer takes measurement. This was shown by John von Neumann.

By the late 1930s, von Neumann dual picture of continual, reversible evolution, followed by instant, irreversible collapse, had become the orthodox view of quantum measurement – what has come to be known as “Copenhagen interpretation”. Observation changed dynamics of quantum system from predictable continuity to random jumps.

The question of cycles versus linear arrows has been at core of discussions of time for millennia. Richard Feynman and John Wheeler offered third solution, the approach which would be called “sum over histories”, that presented time as labyrinth of alternatives. This approach sees actuality as a composition of all possibilities – like blend of all potential variants.

Electromagnetic wave forms a duo of electric and magnetic fields oscillating perpendicularly to each other at the speed of light. A “field” is a kind of landscape of a chosen property (like electrical strength). Fields that have single values at each point are called “scalar fields”. Fields with multiple values at each point – like magnitude (amount) and directions are called “vector fields”. Vector fields convey both electrical and magnetic forces. Electric fields represent the amount and directions of electric force per unit charge. Magnetism is only experienced by moving charges. Accelerating charges that started everything are electrons that are jostled up and down in antenna. Today the idea of electromagnetic fields – pulsating through space in the form of electromagnetic waves – is almost universally accepted.

In 1905 Einstein’s theory of photoelectric effect showed that the wave picture of electromagnetism couldn’t be the full story. Conveyed via photon “wave packets”, light comprises a hybrid of wave-and particle-like properties. When we differentiate between stuff of matter, called “fermions” and essence of force called “bosons”, it has to do with quantum factor called “spin”. It actually doesn’t have anything to do with rotation, but the name stays from original name coming from mistake that rotation decides about magnetic reaction of electrons, which was not true since in order to do that, rotation would need to be faster than speed of light.

In 1928 Paul Dirac combined not only space and time but also energy and momentum. In his equation he cast electrons in special terms in special wave functions called “spinors”. He also noted that for every negative charged part of his equation there should also be counterbalance part, but with positive charge. Protons wouldn’t do since they have too much mass. In 1932 Carl Anderson found particles with positive charge, called “positron”.

Following Dirac’s methods, Feynman represented signals in terms of combination of harmonic oscillators of various frequencies (vibration rates) and amplitudes (peak values). Such simple vibrating systems, akin to springs, possessed clear physical and mathematical structures and thereby offered ideal components of more complicated patterns. However, he broke with Dirac’s methods by framing the interaction between electrons as occurring directly, rather than via photons, and excluding the possibility that an electron could interact with itself. As much as he loved determinism of classical mechanics, he knew that quantum process would introduce murkiness. Heisenberg’s principle of uncertainty mandated that position and momentum could not be known exactly and simultaneously.

Before Feynman would perfect his revolutionary method of summing quantum histories, the standard way to transform classical into quantum was to replace variables, such as position and momentum with mathematical functions called “operators”. The most important operator, called “Hamiltonian”, constitutes a combination of operators representing kinetic and potential energy. The Schrodinger equation, constructed around the Hamiltonian operator, nicely shows how wave function’s transformation in space relates to its transformation in time. But for Feynman principle of action-at-a-distance, this kind of operators wouldn’t do.

Richard Feynman’s sum -over-histories proposal introduced a forking view of time at the quantum level. Any interactions between particles happens in all conceivable ways, not just one, as long as the laws of physics are obeyed. Only by tracking and including all viable paths might one achieve a complete picture of reality. Historically there have been many different models of time. For the ancient world the most prevalent was the idea of cycles. Latter one-way arrow linear time concept was introduced. One such arrow arises in thermodynamics, developed by Rudolph Clausius. It is connected with entropy. Another arrow is cosmological time. Instead of cycle or arrow, the sum-over-histories approach suggest a third distinct way of viewing time: as labyrinth of ever bifurcating possibilities. In quantum world all those possibilities need to be consider in order to grasp whole dimension of it.

Both Wheeler and Feynman have been involved with Manhattan project and they both spend quite some time on it. Feynman still needed to finish his PhD. So, it was not until 1945 and article in journal Reviews in Modern Physics where Wheeler publish an article as part of articles written in celebration of Bohr’s sixty birthday.  Wheeler and Feynman’s absorber theory particles feel impact of events taking place in the future – the advanced signals generated by the absorption of their radiation. From the seeds of Wheeler and Feynman’s concept of advanced signals, an entirely novel approach was electrodynamics would sprout. Coinciding with the new approach was a revolution in thinking about time. Their scheme unshackled particle physics from fetters of times’ forward motion, allowing the past, present, and future to speak with each other.

Development in quantum physics after the second world war brought also some revelations that Feynman and Wheeler could use in order to work on their absorber theory. One such author was Hendrik Kramers. He actually believed that electrons must interact with electromagnetic field (not like authors of absorber theory), but he sought to remove fields effect from bare electrons themselves. Kramers hoped to remove infinities from quantum electrodynamics to allow for finite, reasonable calculations of the self-energy and other physical quantities. Other was Victor Weisskopf, with its calculation of “vacuum fluctuations”. Vacuum fluctuation occurs when particles spontaneously emerge from the seeming emptiness of space, persist short interval and then sink back into the void. This temporary creation of matter out of nothing is permitted under Heisenberg’s uncertainty principle as long as duration is sufficiently brief. The most important experimental presentation in conference on Shelter Island was that from Willis Lamb and his student Robert Retherford, that found existence of small but distinct energy difference of two states of hydrogen atom. The discrepancy is known as “Lamb shift”.

After presentation of experimental achievement in the field of quantum physics in Shelter Island, Feynman set out to understand how electrons interact with the quantum vacuum in a manner that alters their observed mass and charge. He dropped actions at distance and reverted to more standard concept of electrons interacting via photons. He continued to apply his sum-over-histories techniques, recasting quantum electrodynamics within the framework of his time and spacetime approach. He sketched how particles behave. This is known as “Feynman diagrams”. In next conference after Shelter Island was held in Pocono Manor Inn. In this conference two methods of explanation of quantum electrodynamics were presented. Feynman diagrams that were not really accepted and Julian Schwinger method that methodically work on reducing infinite elements and getting finite answers on constant base. He has done that by properly grouping and counting. He drew from Kramer’s concept of renormalization – redefining mass and charge to eliminate infinite terms – without adopting Kramer’s sheer dismissal of Dirac. He also used Weisskopf’s finding in role of vacuum polarization and element of “group theory”.

It was Freeman Dyson that thought about possible explanation of quantum electrodynamics that would include at that time three main lines – Schwinger, Feynman and Japanese author Tomonaga (which came independently to similar results as Schwinger).

While greatly admiring Einstein and Bohr, the quantum physics community had largely moved on to more practical interpretation of quantum measurement. Von Neumann’s idea, cohesively expressed in his textbook, offered the best expression of what had come to be called the “Copenhagen interpretation”. When taking quantum measurement, you single out a particular physical parameter, called “observable”. Before the measurement the quantum system consists of a combination of possibilities – called superposition of states (certain amount of each position state). The instant a position measurement is taken, everything changes. The system collapses randomly down to one of the position states.

It was Hugh Everret that challenge this view of collapsing and try to replace it with universal wave function theory. Including concept of split reality and potential parallel developments theory was hard to swallow for physics. It was DeWitt that promoted idea after his Chapter Hill conference and redubbed it the “many world interpretation” (MWI).

For humans we can distinct past and future, but for particles this is not a case. Wheeler believed that the universe begun in a chaotic state: a foam of quantum fluctuation in a sea of energy fields and geometry. Within that front, time would be undefined.

Feynman during that time received Nobel Prize. He had contributed to quantum theories of electromagnetism and the weak interaction and made a valiant attempt to unraveling the mysteries of gravitation. Next on his list was strong nuclear interaction. The quantum theory of strong interaction became known as a quantum chromodynamics.

Quantum guys had strong impact in computer developments. Even John Wheeler would come to adopt an information-centered viewpoint as well, linked to quantum measurement theory. He would abandon “everything is a field” for “everything is information”.

The Internet, with its labyrinthine structure, is an emblem of science’s move toward parallelism and away from cyclicality and linearity. The natural state is for every component of a system to interact in every possible way – a jumble of choices.

As sum over histories tells us, no matter how strange our path through spacetime, there exist many others that are even more bizarre.