Hans Rosling, Ola Rosling, Anna Rosling Ronnlund: Factfulness; Ten Reasons We’re Wrong About the World and Why Things Are Better Than You Think

Everyone seems to get the world devastatingly wrong. Not only that, they get it systematically wrong. To improve that we need to upgrade knowledge. But ignorance was not only about updated world view of teachers that teach our generation. It was also about our overdramatic worldview, that we are more incline then to optimistic one.

And this overdramatic worldview is really hard to change, since it comes from the very way our brains work. Our brains often jump to swift conclusions without much thinking, which used to help us to avoid immediate dangers. What we need it to learn to control our drama intake. Factfulness, like healthy diet and regular exercise, can and should become part of your daily life.

The gap instinct is irresistible temptation we have to divide all kinds of things into two distinct and often conflicting groups, with imagined gap (a huge chasm of injustice) in between. One of biggest misconception in the world is division between poor and rich. Developed and developing countries. Us and them. The gap instinct makes us imagine division where there is just a smooth range, difference where there is convergence and conflict where there is agreement.

Low-income countries are much more developed than most people think.  And vastly fewer people live in them. The idea of a divided world with a majority stuck in misery and deprivation is an illusion. A complete misconception. Simply wrong.

Human history started with everyone on level 1.

Factfulness is recognizing when a story talks about a gap. To control the gap instinct, look for majority. Three element you should be careful about are:

The negativity instinct: our tendency to notice bad more than good. Second biggest misconception is that things are getting worse. It is easy to be aware of all the bad things happening in the world. It’s harder to know about the good things, billions of improvements that are never reported. As long as people have a worldview that is so much more negative than reality, pure statistics can make them feel more positive.

Three things that influence the negativity instinct are: the misremembering of the past, selective reporting by journalists and activists and the feeling that if thigs are bad, you can’t say that they are getting better.

When people say that world is getting worse, they are mainly doing the feeling not thinking. Author is serious possibilist. It means someone who neither hopes without reason, not fears without reason, someone who constantly resists the overdramatic worldview. The loss of hope is probably the most devastating consequences of the negativity instinct and the ignorance it causes.

Factfulness is recognizing when we get negative news. To control the negativity instinct, expect bad news. To do that:

The Straight-line instinct – misconception of false idea that world population is just increasing. Babies per woman dropped from 5 births in 1965 to 2.5 births in 2017. In 1800 population growth was in balance, since there were more children but also more deaths and now, we are reaching another balance, the one where people have less children but also less of them die. Growth of world population was a consequence of transition between one and another balance. The only proven method for curbing population growth is to eradicate extreme poverty and give people better lives, including education and contraceptives.

The Fear Instinct – is embedded in our brain. Fears of physical harm, captivity and poison once helped our ancestors to survive. Media cannot resist tapping into our fear instinct. Disasters hit countries on all income levels, but the harm done is very different. When things go wrong and you see suffering, you forget about the big picture and just do what you can, to help. But we should try to get fact-based worldview again. We can’t let fear guide these priorities. Fact-based understanding of topics like children vaccinations, nuclear power and DDT is still extremely difficult today. One group that is using our fear instinct are terrorists. Fear can be useful, but only if it is directed to the right things. Author would like his fear to be focused on the mega dangers of today and not the dangers from our evolutionary past. Factfulness is recognizing when frightening things get our attention. Our natural fears of violence, captivity and contamination make us systematically overestimate these risks. To control the fear instinct, calculate the risks. The scary fear vs. reality. Risk equals danger multiply by exposure. Get calm before you carry on.

The Size Instinct – this size instinct directs our limited attention and resources toward those individual instances or identifiable victims, those concrete things right in front of our eyes. You tend to get things out of proportion. Ingegerd Rooth, missionary nurse in Cong and Tanzania use to say: “In the deepest poverty you should never do anything perfectly. If you do, you are stealing resources from where they can be better used.”[1] To avoid getting things out of proportion, you need two magic tools: comparing and dividing. If you are offered one number, always ask for at least one more. When you start on comparing numbers, have in mind 80/20 rule and check first the ones that make 80% of total. Amounts and rates tell very different story. Use rates to make it more proportional. By 2040 most people on level 4 will be non-westerners (60%-40%). Factfulness is recognizing when a lonely number seems impressive (small or large). To control the size instinct, get thing in proportion. Compare, use 80/20, divide.

The Generalization Instinct – the necessary and useful instinct to generalize (and categorize) like all the other instinct in this book, can also distort our worldview. The gap instinct divides the world in us and them and the generalization instinct makes us think of them as all the same. Generalizing from level 4 country can be useless or even dangerous in level 1 and 2 countries. Main factor that affects how people live is not their religion, their culture or the country they live in, but their income. Majority can mean 51 or 99 %, ask for specific number. Don’t generalize across incomparable groups. Factfulness is recognizing when a category is being used in an explanation. Look for differences within groups. Look for similarities across groups. Look for differences across groups. Beware of the majority. Beware of the vivid examples. Assume people are not idiots and you are not normal.

The Destiny Instinct – is the idea that innate characteristics determine the destinies of people, countries, religions or cultures. It’s the idea that things are as they are for ineluctable, inescapable reasons: they have always been this way and will never change. Lofty statements are often simply feelings disguised as facts. Cultures, nations, religions and people are not rocks. They are in constant transformation. The macho values that are found in many Asian and African countries, these are not Asian values, or African values. They are not Muslim values. They are not Eastern values. They are patriarchal values like those found in Sweden only 60 years ago and with social and economic progress they will vanish, just as they did in Sweden. They are not unchangeable. In the social science most basic knowledge goes off very quickly. Factfulness is recognizing that many things (including people, countries, religions and cultures) appear to be constant just because the change is happening slowly. To control the destiny instinct, remember slow change is still change. Keep track of gradual improvements. Update your knowledge. Talk with elders to understand the change. Collect examples of cultural change.

The Single Perspective Instinct – where do we get our information, who do we trust. We find simple idea very attractive. Preference for single cause and single solution is the single perspective instinct and can led us to misreading the world. Two main reasons for people focusing on a single perspective are political ideology and professional. There is no single indicator through which we can measure the progress of nation. A country cannot function without a government, but the government cannot solve any problem. Factfulness is recognizing that a single perspective can limit imagination. To control the single perspective instinct, get a toolbox, not a hammer. Test your ideas. Don’t claim expertise. No one tool is good for everything. Look at numbers, but not only numbers. Beware of simple ideas and simple solutions.

The Blame Instinct – is the instinct to find a clear, simple reason for why something bad has happened. It comes naturally to us, that if things go wrong, it must be because of some bad individuals with bad intentions. To understand most of the world’s significant problems we have to look beyond a guilty individual and to the system. The same instinct is triggered when things go well. Claim comes just as easily as blame. We have an instinct to find someone to blame, but we rarely look in the mirror. Two systems that make things better are institutions and technology. Factfulness is recognizing when a scapegoat is being used. To control the blame instinct, resist finding a scapegoat. Look for causes, not villains. Look for systems, not heroes.

The Urgency Instinct – makes us want to take immediate action in the face of a perceived imminent danger. It also served humans well in the past. The constant alarms make us numb to real urgency. Fear plus urgency make for stupid, drastic decisions with unpredictable side effects. Exaggeration undermines the credibility of well-founded data. Data must be used to tell the truth, not to call to action, no matter how noble the intentions. We know that 800 million are suffering right now. We also know the solutions: peace, schooling, universal basic health care, electricity, clean water, toilets, contraceptives and microcredits to get market forces started. There’s no innovation needed to end poverty. It’s all about walking the last mile with what’s worked everywhere else. Factfulness is recognizing when a decision feels urgent. To control the urgency instinct, take small steps. Take a breath. Insist on data. Beware of fortune-tellers. Be wary of drastic action.

We should be teaching our children humility and curiosity. In business using data to understand the globalized markets has already become part of the culture. Journalist, activists and politicians are also humans and as such prone to all instincts mentioned in this book. 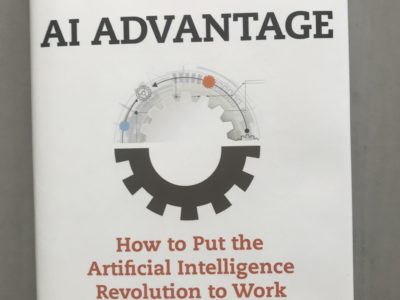 Thomas H. Davenport: The AI advantage, How to Put the Artificial Intelligence Revolution to Work

Cassie Kozyrkov: What Great Data Analyst Do – and Why Every Organisation Needs Them 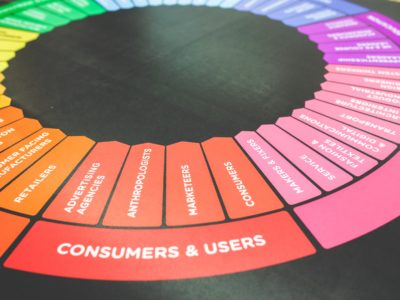