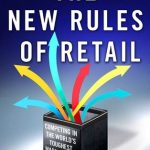 We are in living in the age where value is understood differently. This is driving transformation of the retail, wholesale and manufacturing. Value is defined by consumer.

Retailing has arrived at this transformative moment after 150-year evolution in three waves:

In order for companies to be successful in this third wave, they should do the right thing in three areas:

In Wave I, companies like Sears were dominant. It was time of single product specific brands, fragmented and isolated markets and marketing and freestanding department stores in cities. In Wave II retail model was marketing driven, lifestyle branding and mass markets and marketing. We could see major expansion of national chains across all of retailing. Launch of Kmart, Wal-Mart and Target. Launch of big-box retailing

There have been five major consumer value shifts from Wave II to Wave III:

Zara is one of representatives of Wave III. They work on experience, their core consumers visiting rate is seventeen, compared to industry average of four.

The business model of Wave III is designed to drive the entire experience of three things: the dopamine rush in anticipation of shopping, compelling the consumer to visit the store, the ecstasy of the actual shopping experience itself and the final satisfaction of consuming or using the product or service.

When looking at neurological retail experiences, we can name principles like:

Preemptive distribution is an attempt to address the overcompeted marketplace.

The value chain is what we call a never-ending, fully integrated, virtuous cycle, starting with the consumer, pausing at point of consumption and then starting all over again. It needs to be defined, developed and delivered. In Wave III elements of execution are: increasing collaboration, shrinking decision times and creating the demand-responsive, efficient value chain.

China economic conflict is how to control rising standard of their people and remain the low-cost manufacturing base of the world. China is moving toward a win-win global strategy, with three steps: identify and acquire U.S. brands and assets, they would still serve as the major consumer market for its own products and they will put pressure on all its low-cost competitors for even lower costs.

The paradigm is shifting in favor of an infinite number of finitely segmented consumer niches, being served by an infinite array of finitely focused brands. Consumer are seeking exclusivity. New channels of distribution are growing. Technology is further enabling the consumers’ demand for exclusivity.

Author predict that 80 to 90 percent of strong brands’ revenue will come from their own retail outlets. Some big retailers will lease space to other strong retail brands. There will be new channels of distribution and integration of all distribution platforms – clicks, bricks and catalogs. 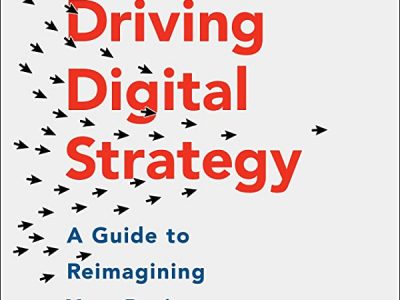