Killian Jornet: Summits of my life 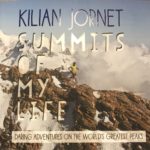 Killian needed a new challenge in 2011 and here it was.

In bellow link there is a trailer of his film Summits of my life:

Breaking speed records on some of the legendary mountains. Project is called Summits of my life and it consist of seven challenges:

Principles that lead him were:

From Les Contamines in France to Champex in Switzerland. 8 summits. Using skies. Started on 16. June at 1:00 AM, but on 17. June his companion Stephane Brosse died near Aiguille d’Argentiere.

From Courmayer to Chamonix. Innominata ridge climb was first climbed in 1868. In 2016 Uli Steck also climb Mont Blanc from Veny Valey via Innominata Ridge in 5 hours and 30 minutes. Killian started climb on 18. September 2012 at 3:53 AM.

From Chamonix to Mont Blanc and back. Summit of Mont Blanc was first reached in 1786 by Jacques Balmat and Michael Gabriel. Killian started climb with Mateo on 11. July 2013 at 4:40 AM.

From Cervinia to The Matterhorn and back. Matterhorn was first climbed on 1856 via Hornli route. Story about this ascent is quite famous since Edward Whymper and his expedition competed with Italians and Jean-Antoine Carrel that should be his partner. On descent 4 out of 7 people died, when rope that tied them together broke after on member of expedition sleep on their way down. Killian started to run at 3:00 AM via Lion’s Ridge. Before making attempt he climb the mountain four time for training.

Time – didn’t went all the way up to the top

Started from Azau, but Killian attempt was from Base Camp on 11.811 ft. There are two summits eastern that was climbed in 1829 and western that was climbed in 1874. Western is higher. Elbrus has a race from 1980. Record of ascent is 3 hours 23 minutes from 2010 by Andrzey Bargiel, total record is 4 hour 20 minutes from 2017 by Karl Egloff. Killian also wanted to attempt his challenge as part of the race. on 21. September 2013 race started for the second time at 7:00 AM, but the weather was to strong and they finish it about 500 vm bellow east summit. It took Killian 2 hours and 37 minutes up until that point.

From Base Camp on 7.200 ft to top of Denali and back. First  recorded ascent in 1796 by George Vancouver. 1913 first documented ascent. Until 2015 his formal name was Mount McKinley. It got his original Alaskan name back in 2015, meaning “the high one”. Killian climb was through Rescue Gully. He sets off on 7. June 2014 at 7:10 AM. He was using skies for this ascent.

His first attempt was from Rongbuk Monastery to the top of Mount Everest and back to advanced base camp on 21.000 ft. Second attempt was from that advanced base camp. First climb on Everest was on 1953 by Edmund Hillary and Tenzing Norgay. Killian planned to do an attempt on Mount Everest already in 2015 but big earthquake stopped him. He tried again latter but weather stop him. On 2017 he tried again. Record for the northern side from advanced camp is 16 hours and 45 minutes to the top by Hans Kammerlander in 1996. Record for ascent and descent on south side from base camp is 22 hours and 29 minutes by Marc Batard. Killian started his attempt in Rongbuk Monastery on 20. May 2017 at 10:00 PM. He made his attempt from north side.

Some of Killian thoughts:

“Mountains give us time and space to rediscover ourselves.”

“Our power is in our feet, our legs, our bodies and our minds.”

Climbing mountains light and quick is how Killian did it. 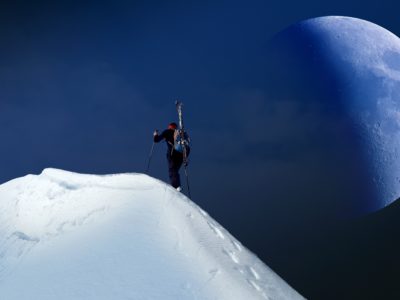